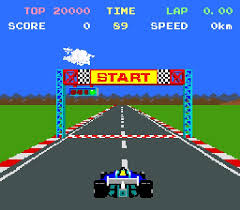 With the introduction of the College Football Playoff last season, polls are a superfluous endeavor. However, they still give us a rough approximation of the general consensus of teams. With ten weeks of the college football season in the books (frowny face), and with the internet being invented so that random people can bitch about trivial things they have no control over, here are my thoughts on the latest AP Poll. I apologize for not giving my thoughts on the poll last week, but I was busy and the poll was relatively unchanged from the week before.


Overrated:
Alabama (3rd) - Talk about always getting the benefit of the doubt. Yes, the Tide looked great against LSU, but there are a few not so great data points on their resume too, including the home loss to Ole Miss and the narrow home win over Tennessee. Hopefully Mississippi State can do everyone a favor and beat them this weekend. Then maybe they drop to what, sixth?

Underrated:
Oklahoma (12th) - I think the Sooners have a real chance to win out and make a case for a playoff berth. If they do, their resume would include road wins over Tennessee, Baylor, and Oklahoma State. Of course, the bad loss to Texas remains a black mark, but those wins would trump any Ohio State had last year.

Leaving the Poll:
Texas A&M - Can we stop hyping these guys in the preseason? After their breakthrough 2012 campaign, the Aggies are just 10-12 in conference play.

Ole Miss - Mr Freeze continues to under perform with those great athletes. His teams lost three times as a betting favorite last season and all three of their losses this year have come when they entered the game as a favorite. Think Robert Nkemdiche might be regretting switching his college choice?

Toledo - A season's worth of respect evaporates in one game. The real issue is that the Rockets received just four votes in the current poll.

Joining the Poll:
Navy (22nd) - Midshipmen are ranked for the first time since the end of the 2004 season and just the second time since 1980.

Wisconsin (23rd) - Is Wisconsin even any good? Both teams that beat them are a combined 17-1, but this doesn't feel like a vintage dominant Wisconsin team.

Northwestern (24th) - This has been a nice bounceback season for the Wildcats after consecutive losing campaigns. The offense is very limited, but with Purdue and Illinois left on the schedule, the Wildcats have an outside shot at going into the bowl with a shot at ten wins.

Around the Mid-Major Universe:
I am an admitted mid-major apologist, so I always enjoy it when some non-traditional powers find their way into the poll. With Toledo's loss to Northern Illinois (you may have missed it as it happened on Tuesday) and Memphis' loss to Navy, the havenots have only a single unbeaten - Houston. The Cougars host Memphis this weekend in a game that will either eliminate Memphis from the American West race or suddenly put Navy alone in first place in the division (Houston hosts Navy on the Friday after Thanksgiving). The chances of a Group of Five team sneaking into the playoff are likely kaput after Memphis' loss. While Houston will certainly rise if they beat Memphis, they really needed this game to be a matchup of undefeated teams to have even a glimmer of hope of rising into the top four. As it is, the next few weeks in the American should be entertaining. Houston and Memphis play this week, Memphis faces the likely East division champ Temple in Philly next week, and then Houston hosts Navy. The two teams left standing will then play in the inaugural American Championship Game on the first weekend in December. In the Mountain West, New Mexico did Boise State a big favor in knocking off Utah State and giving the Broncos control of the Mountain Division (don't worry, I had to look up which division they were in too). If the Broncos can win their last three or have Utah State lose another game or two, they will face San Diego State in the Mountain West Championship Game (the Aztecs haven't clinched yet, but they are pretty much a sure thing). If Boise wins and the American teams beat each other up over the next four weeks, they could conceivably be in position to grab a New Year's Six bowl bid. However, the Mountain West has been garbage this season, so I would not be a huge fan of Boise getting the invite this year. Toledo's loss opens the door for several teams in the MAC West. Western Michigan at 5-0 has a one game lead on Central Michigan, Northern Illinois, and Toledo. The Broncos can do the Rockets a favor by beating Northern Illinois on November 18th and giving the Huskies a second league loss. The Broncos and Rockets play at Toledo on the Friday after Thanksgiving. There is still a lot to be decided in the West. In the East, Bowling Green has won six straight games and has all but wrapped up the division. The Falcons will be challenged in their next two games with potential MAC Championship Game previews against Western Michigan and Toledo. The Falcons did not receive any votes in the current poll, but if they pull out both of those, to go with competitive losses to Tennessee and Memphis earlier in the year, they would be deserving of a place in the top-25 in my opinion. Both divisions in Conference USA will likely come down to the Friday after Thanksgiving (sensing a trend here?). Western Kentucky improved to 6-0 in the East while Marshall dropped an overtime game to Middle Tennessee State to fall to 5-1. I watched a little of the fourth quarter and overtime of that game and I have a message for Doc Holiday: Sprout a sack and play to win! After missing three field goals in regulation, the Herd scored a touchdown to trail by a point in the first overtime. Instead of following Bret Bielema's lead and going for two and the win, Holiday opted to kick the extra point. The game went to an additional period where the Herd...wait for it...missed a field goal. Because the football gods enjoy torturing those who make foolish decisions, the Herd survived to a third overtime where they again missed a field goal. Why would you not play to win when you know you have serious kicking issues and in all likelihood will have to kick again to win or extend the game? There was less drama in the West, where Louisiana Tech won to move to 5-1 in league play and gain a half-game on idle Southern Miss. In the Sun Belt, the dream of a ranked team is likely over. Appalachian State fell at home to Arkansas State. The loss drops the Mountaineers into a second place tie with Georgia Southern at 4-1. The Red Wolves move to 5-0 in Sun Belt play and with no Georgia Southern on the schedule (Louisiana-Monroe, New Mexico State, and Texas State are their remaining three games), they are in prime position to win the Sun Belt for the fourth time in five seasons (under their fourth different head coach). BYU beat San Jose State by a point late Friday. The win moved the Cougars to 7-2. Their final three games are against Missouri (terrible offense, but still a dangerous defensive team), Fresno State (garbage), and Utah State (decent, but hardly unbeatable). If they win out, the Cougars should enter bowl season in the polls. Finally, while their may not have been any sublime endings as their have been the past three weeks (technically The Hog and Ladder did not win the game for Arkansas) in the FBS, there was in the FCS. Follow this link and feel sorry for the Idaho State Bengals.

Ranked Matchups This Week:
Alabama (3rd) @ Mississippi State (20th) - Like I said before, Dan Mullen, please do the world a favor and beat these guys.

Oklahoma (12th) @ Baylor (4th) - Baylor has a chance to prove themselves with their new quarterback and Oklahoma has a chance to remind everybody that they are pretty damn good.