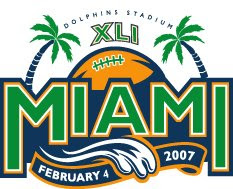 Even though this has evolved into a college football blog, it's the Super Bowl. So for those who care, these are my thoughts.

1. Even though the Bears played in the weaker conference, people still seem to forget they had a better record (13-3 versus 12-4) and a better point differential (+172 versus +67) than the Colts.

2. The Colts were 10-0 in the RCA Dome this season, but a more pedestrian 5-4 away from home. This game is not at Soldier Field, but the Colts chances of winning are much closer to 56% than 100%. The Bears were 7-1 on the road if you were wondering.

3. The Bears defense has not been the same since the Tommie Harris injury in game 12. In the first 12 games they gave up 12.5 points per game. In the last six they have given up 23.8 per game.

4. The Colts defense that has played reasonably well in the playoffs (very well before the New England game) still got shredded for 173 yards per game on the ground and allowed an average of 5.33 yards per carry.

6. The Colts coverage units are awful. Their punt coverage units finished 31st in the league allowing 13.1 yards per return. Their kickoff coverage was not much better ranking 30th while allowing 26 yards per runback. Chicago led by Devin Hester, finished 2nd in punt return average (12.1 per return) and 8th in kickoff return average (23.3). And remember, the last time a special teams player won the Super Bowl MVP, his initials were also DH.

While the Bears may not win this game, odds are they will be very competitive. That 7 point spread is a lot to lay if you're a Colts backer. Here's my prediction. I won't give you a winner, but I'll take the Bears +7 any day.
Posted by matt at 11:28 AM

You taking the points on The Mighty Zooker vs OSU this year too? He lost 4 close games. Obviously 4 wins over the last 3 years are a fluke.

I'll admit I'm not correct all the time. Zooker covered the spread against tOSU in 2006. Close games are a fickle mistress, and whether you believe it or not, winning close games is not a skill. It is highly dependent on luck and random chance. Take a look at Arkansas version 2005 and 2006 for a contemporary example.