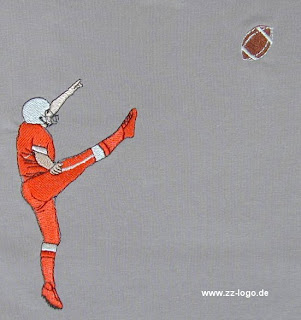 Football teams exercise much less control over what their opponents are able to do than most fans realize. From recovering fumbles to illegal shifts, random chance exerts a profound influence on the outcome of a football game. Perhaps one of the most random events in football is a field goal attempt by the opposition. Outside of a blocked kick, the defense is virtually unable to influence whether the football passes between the goal posts. With that in mind, which teams were the luckiest and least lucky in terms of opponent's field goal accuracy in 2007?

To determine which teams had the best and worst luck, we need to find what the out how often the 'average' opposing kicker succeeded in converting a field goal attempt. In 2007, kickers who kicked against Division IA (or FBS) foes made 1814 of 2530 kicks, for a field goal percentage of 71.7%. I for one am surprised by the seemingly high percentage of successful field goal attempts. It should also be noted that some Division IAA (or FCS) kickers are included in this list as it is based on opponents of Division IA teams. Anyway, to calculate what I have dubbed Kicking Luck Points (KLP), simply multiply the average field goal percentage by the number of field goals a teams' opponents attempted. Subtract this number from the field goals their opponents made and multiply by 3 (the point value of a field goal attempt). This resulting number is the number of points the team allowed above or below the national average. Confused? Here is the formula in action:

In 2007, opponents of the UTEP Miners made 16 of 23 field goal attempts in games against the Miners. That's a field goal percentage of 69.6%, just a bit below the national average. We would have expected UTEP's opponents to make about 16.49 field goals. Subtracting 16.49 from 16 leaves us with -.49. Multiplying this number by 3 produces -1.47. That means UTEP allowed about one and a half fewer points over the course of the whole season than would be expected if they had perfectly average luck in opponent field goal percentage. 1.47 points over the course of a 12-game season is pretty negligible. I used UTEP as an example because their luck was about average. Now, here are the 10 best KLP teams from 2007.

Northwestern enjoyed the best luck in opponent field goal accuracy of any team in 2007. Their 12 opponents connected on only 4 of 12 field goal attempts, resulting in the team allowing almost 14 fewer points than expected if their opponents had average kicking accuracy. And now the other side of the coin, the 10 worst KLP teams from 2007.

California allowed about 15 points more over the course of their 13-game schedule than they would have if their opponents had made field goals at an average clip. The difference between the team with the best luck and the team with the worst luck was a little more than 29 points. 29 points over a short season can be pretty significant, especially depending on when those points occur.

What does this mean for 2008? That's a good question. Northwestern and California aren't likely to see such divergent luck in their opponents' field goal accuracy, but to proclaim that all the teams that enjoyed good luck will decline and vice-versa is pure folly. In addition, I did not adjust the kicking accuracy for distance or account for weather variables. In the end, KLP is just a fun stat that may not prove particularly useful in predicting future performance.
Posted by matt at 10:20 PM

FYI. The FGA and FGM columns should be reversed. Sorry.

Is there any correlation with % of kicks blocked? Glancing through the teams, I don't see a pattern, but I wouldn't be surprised if teams that block a lot of kicks also rush/intimidate kickers and generate more unforced errors. It might also be interesting, though much more data intensive, to adjust for field goal distance--there could be a red zone defense bias.

It seems that it was a really good thing BYU blocked that field goal against UCLA because their opponents hadn't been helping them out much all season.