Strangers in the Field Part III: How'd We Do?

I went to Vegas back in the summer and made some wagers. Here is how they turned out.

Bowling Green over 4 wins -135 ($30 to win $22.25)
The Falcons managed a 3-5 conference record in 2016 under a first year coach and I figured they could at least match that in 2017. If they managed three conference wins in 2017 and beat their FCS opponent, the Falcons would at least push. Alas, the Falcons lost to their FCS opponent (a team that at least made the FCS playoffs) and managed just a par of conference wins. We’ll call this a decent to poor bet, but it was far from the worst one I made.

Buffalo over 3.5 wins even ($50 to win $50)
Head coach Lance Leipold, a massively successful Division III coach, would be entering his third season and just needed to win a third of his games to cash this ticket. The Bulls made me sweat a bit, losing a pair of one-point games and a seven overtime thriller, not to mention their close loss to Army, but won their final three to finish 6-6. One of the benefits of making these bets is that I watch more games involving the teams I bet on than I normally would. Buffalo was a lot of fun to watch this season. I’m no pro scout, but Anthony Johnson seems like a name you may want to remember. He averaged over 100 yards receiving per game despite the Bulls being forced to play their backup and third-string quarterback for a significant portion of the year. The deep ball to Johnson was the highlight of MACtion 2017.

Central Florida under 7.5 wins -115 ($30 to win $26.10)
This was a major whiff. Despite improving by six games in Scott Frost’s first season, the Knights were not a good offensive team in 2016. I figured the team would stagnate and then surge in Frost’s third season in charge. The Knights featured one of the best mid-major offenses in 2017 and finished the regular season undefeated. However, despite this poor wager, I still earned a push thanks to Hurricane Irma, which resulted in the Knights only playing eleven regular season games

Georgia Southern over 5 wins +110 ($30 to win $33)
Another major whiff. Georgia Southern also lost to their FCS opponent (unfortunately, a common refrain for teams I bet on) and began the season 0-9. They did show some spunk late in the year, winning two of their final three games. If they would have fired Tyson Summers last year, maybe this ticket would have cashed.

Illinois over 3.5 wins +120 ($30 to win $66)
Another whiff. As I mentioned earlier, one thing I like about making these bets is that it forces me to watch these teams more than I normally would. Watching the Illini made me thankful I don’t have to watch them regularly. The program appears to be hopeless as a winless Big 10 season would attest. I know the team was young, but I did not see improvement throughout the year. Lovie Smith is allegedly coaching the team, but it would not shock me if his face fell off in a postgame presser and a Men In Black style alien (with no knowledge of football) was actually controlling his him. 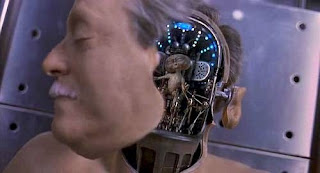 Sorry. I thought we had five downs.

Marshall over 5 wins -130 ($30 to win $23.10)
Marshall represented the inverse (or converse, I haven’t had a logics class in a while) of the Plexiglas Principle. The Herd fell hard and fast in 2016, and I expected a bit of a rebound in 2017. Marshall won three of four non-conference games, including an extremely lucky win against Miami (Ohio) and had this ticket cashed by Halloween. Thank goodness, as the schedule toughened in November and the Herd finished 7-5. The Herd did lose their last two regular season games by a combined three points, so Marshall was closer to finishing with nine wins than they were to less than five.

Ole Miss over 5.5 wins -130 ($40 to win $30.80)
Matt Luke did make a few questionable coaching decisions in the Ole Miss games I watched and the Rebels appeared to be quite undisciplined, but give him credit for keeping this team together. After a 2-3 and later a 3-5 start with no bowl to play for, the Rebels never quit and competed until the very end. It did take Mississippi State quarterback Nick Fitzgerald wrecking his ankle for this ticket to cash, but Ole Miss should have beaten Arkansas rendering the Egg Bowl irrelevant in determining whether or not this was a winner. At one point in the second quarter, the Rebels had a 96% chance of winning their home game with the Hogs.

SMU over 5.5 wins -110 ($30 to win $27.30)
The Mustangs seemed like easy money after their 4-1 start, but they made me sweat a little before cashing this ticket. They did top six wins before Halloween, but a tough November stretch (Central Florida, Navy, and Memphis) made me nervous. Thankfully, I could watch those games with a detached indifference. SMU was a lot of fun to watch in 2017, but their defense prevented them from winning big.

Texas-San Antonio under 6.5 wins even ($30 to win $60)
Like Central Florida, this ticket ended up being a push thanks to a canceled game. I had a much better read on the Roadrunners though. They finished with six wins and they would have been a decent-sized underdog in their cancelled game. This was a decent bet that probably would have cashed without the weather interruption.

UNLV over 5.5 wins +125 ($30 to win $37.50)
Stop me if you’ve heard this one before, but a team I bet on lost to an FCS opponent. Some have said it was the largest point spread defeat in college football history. Even with that loss, UNLV still had a chance to win go over this number as they stood at 5-6 heading into their annual rivalry game with Nevada. The Rebels even had a second half lead, but eventually lost by a touchdown. Even though they didn’t cover, this was a decent bet. UNLV also lost to Air Force despite owning a 27-0 lead and lost at home to the worst BYU team (perhaps) ever. I’m glad I’m not a UNLV fan as this was a season of missed opportunities.

Utah State over 4.5 wins even ($40 to win $40)
Unlike UNLV, Utah State took advantage of a down BYU team and cashed this ticket relatively easily. You can make the argument Utah State should have won seven or eight games as they held fourth quarter leads against both Wyoming and Air Force.

Wake Forest under 5.5 wins -145 ($40 to win $27.60)
I didn’t mind being wrong about this one. Dave Clawson’s teams typically have great success in his third and fourth season. However that trend was going up against a brutal schedule. All told, the Deacons faced ten teams that won at least six games in 2017 (with five of those games coming on the road). I figured that tough schedule would have them sitting at 5-7 or worse. Wake Forest finished with 7 wins and could have actually won eight or nine considering they lost at home to Duke and a down Florida State.

Game of the Year

September 9th Boise State +6.5 Washington State -110 ($40 to win $36.35)
By kickoff, this line had moved a little after Boise’s less than impressive showing in their opener against Troy. The line was around nine or ten points, so I didn’t buy at a good price. However, the Broncos were in command of this game with a 21-point fourth quarter lead until quarterback Montell Cozart threw a ridiculously stupid pass that Washington State returned for a touchdown. This serves as exhibit A in evidence that you may leave Kansas, but a little bit of Kansas always stays with you. The Cougars tied it in regulation and nearly gave me an awful bad beat as they scored first in the second overtime to lead by seven. Thankfully Boise responded and forced a third overtime where they lost by three. I didn’t buy at good price, but this was a good bet as Boise appeared to be the better team.

November 4th Iowa +16 Ohio State -110 ($20 to win $18.20)
At kickoff, the line for this game was about the same, so I didn’t buy a good price. I was very worried Ohio State would wax the Hawkeyes, but thanks to some Kinnick Stadium magic, Iowa put an inexplicable beating on the Buckeyes. This was probably a decent bet with the home team catching double-digits, but never in my wildest dreams did I foresee this outcome.

November 11th TCU +15 Oklahoma -110 ($40 to win $36.35)
This looked like easy money at kickoff, as TCU was an underdog by about a touchdown or so, meaning I had roughly eight points to play with. Alas, Oklahoma obliterated TCU’s defense, scoring 38 first half points before putting it in cruise control in the second half. The Horned Frogs only lost by 18, so there was always a chance for a backdoor cover, but this was not a good bet.

November 25th West Virginia +20.5 Oklahoma -110 ($40 to win $36.35)
I definitely underestimated Oklahoma’s offense heading into the season. I figured under a young, first-year head coach that the Sooners would suffer some offensive regression. Negative. The Sooners scored on pretty much every drive in this game and won by 28. I was a little unlucky as West Virginia lost their starting quarterback in the previous game and while his absence could have meant a few more points for the Mountaineers, Oklahoma dominated this game from start to finish and deserved to cover.

November 25th Utah -1.5 Colorado -110 ($50 to win $45.45)
After a season’s worth of data, this line moved more than a touchdown with Utah hosting Colorado as a ten-point favorite, so I bought at a good price. Needing a win to lock up bowl eligibility, the Utes jumped out to a 28-0 lead and were never threatened. This was a great bet.

Milwaukee Brewers to win World Series +1500 ($10 to win $150)
By the time I returned from Vegas, the Brewers were effectively tied with the Cubs in the NL Central. The Brewers made a little run at the second Wild Card late in the year, but were never in playoff position after late-July.

Minnesota Twins to win World Series +3000 ($10 to win $300)
The Twins made the playoffs as the second Wild Card in the AL and actually had an early lead on the Yankees in the AL Wild Card Game. This was a decent bet considering the long odds.

Tampa Bay Rays to win World Series +5000 ($10 to win $500)
The Rays never really made a run, which was surprising to me as I thought they were much more likely to make the playoffs than Minnesota. I suppose this wasn’t a terrible bet given the long odds, but it wasn’t very good either.

So here is the tale of the tape.

After two mildly profitable excursions, I lost about ten bucks this year. I'll hold UNLV personally responsible and be sure not to bet on them when I go back next summer.
Posted by matt at 3:30 AM