One of my favorite set of posts from last offseason was the conference recap using SDPI. SDPI is a statistic I borrowed from Eddie Epstein that he used in his book, Dominance, to rank pro football's all-time greatest teams. SDPI stands for Standard Deviation Power Index and looks at how teams performed relative to the league average (or conference average in this case) and standard deviation in terms of points scored and allowed. The more standard deviations a team is above the mean, the better they are, and vice-versa. Here is the link to last year's Mountain West post. As you can see, SDPI was a useful tool in predicting some of the rise and fall among the Mountain West's teams. In the interest of providing an even better offseason analysis, I will now be conducting another SDPI, this time for yardage. It is calculated in the same manner as the SDPI for points, but will obviously be measured against the conference mean and standard deviation for yards. Think of it this way: Points are the end result and yards are the means to that end. Thus, looking at both sets of data, we can get an even better idea about which teams are likely to improve or regress in 2008.

To refresh your memory, here are the 2007 Mountain West Standings. 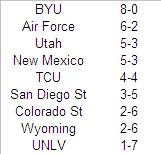 The SDPI standings conform pretty well with the actual standings with a few exceptions. Air Force, which finished second in the conference, rates as the 4th best team (significantly below teams 1-3) in SDPIY. TCU, which finished alone in 5th place with a 4-4 conference record, actually rates as the 3rd best team in SDPIP and 2nd best in SDPIY. If you've been paying attention to the other SDPI analyses, you'll know why. Turnovers. Air Force was tops in the Mountain West with a turnover margin of +9 in conference play, while TCU was tied for 7th with a turnover margin of -5.

Best Offense: BYU 1.55 (SDPIP) and 1.78 (SDPIY)
Max Hall stepped in admirably at quarterback for the departed John Beck. Hall was 30th in the nation among qualifying quarterbacks in pass efficiency (137.71). Freshmen running back Harvey Unga also replaced a senior starter (Curtis Brown), without missing a a beat. Unga averaged over 5 yards a rush and gained 1210 yards.

Worst Offense: Wyoming -1.47 (SDPIP) and -1.47 (SDPIY)
In 2006, the Cowboys only averaged 275 yards in Mountain West play (8th of 9 teams). With 7 starters back on offense, including quarterback Karsten Sween, it looked like they could improve upon those anemic numbers. They did. Sort of. The team averaged 294 yards per game in Mountain West play, but the conference as a whole improved and the Cowboys fell to 9th.

Best Defense: Utah 1.52 (SDPIP) and 1.12 (SDPIY)
The Utes stellar defense made up for their offensive struggles (negative offensive SDPI for points and yardage).

BYU
The question to be answered by the Mountain West may not be who will win the conference, but rather, who will beat BYU? The Cougars have not lost a conference game since November 19th, 2005, when they fell at home to arch-rival Utah 41-34. Not only are they 16-0 since, but they have only been outgained in a game twice (in 2006 in road games against TCU and Utah). All the key skill position players return in 2008 as well as 4/5ths of the offensive line. The defense does lose a ton from the back 7 including 3 starting linebackers and the entire secondary (depending upon whom you consider a starter). Even with the personnel losses on defense, the offense may be able to outscore teams (think the 2001 team) and keep BYU not only in the Mountain West hunt, but the also the hunt for a BCS bid. If BYU doesn't win the conference, their appears to be only one other team that can. We'll get to them shortly.

TCU, UNLV, and Wyoming
The team with the best chance to knock off BYU? The TCU Horned Frogs. TCU has a number of positive indicators in their favor heading into 2008. For starters, they were much better than their 5th place finish in the conference standings would portend. Statistically, they were about the second or third best team. Their record was held down by a poor turnover margin (-5 in conference play and likely to improve) and a poor record in one-score games. All 4 of their conference losses came by 7 points or fewer (total of 18 points) and none of their 4 conference wins were by fewer than 12 points. Like BYU, all the key skill position players, save receiver Ervin Dickerson are coming back. On defense, stud defensive ends Tommy Blake and Chase Ortiz are gone as well as both starting safeties, David Roach and Brian Bonner, but the sophomore corner tandem of Rafael Priest and Nick Sanders should keep the defense in the upper-half of the conference. Plus, and perhaps most importantly, the Horned Frogs host BYU this season. A victory over the Cougars would earn the Horned Frogs the tiebreaker should both finish tied atop the standings. Watch out for TCU. The Running Rebs of UNLV have won only a single Mountain West conference game each of the last 4 seasons. Look for them to win 2 and possibly 3 conference games this season, just in time to save head coach Mike Sanford's job. Sanford is only 6-29 in 3 seasons at the helm of the Rebel attack, so some improvement will need to be shown, lest he be forced to return to the junkyard with his father. 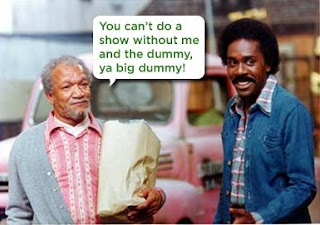 Why should one expect the Rebs to improve? For starters, they were not quite as bad as their 1-7 record (2-10 overall) would indicate. The Rebels were 0-2 in one-score conference games, losing to Wyoming by 5 and San Diego State by 8, so with a little bit of luck they could have finished out of the cellar last season. According to SDPIY, the Rebs were actually better than 3 of their conference brethren last season, finishing ahead of Colorado State, Wyoming, and San Diego State. In 2007, the Rebs started a pair of freshman quarterbacks, Travis Dixon and Omar Clayton, who were solid. With another year of seasoning, the possible addition of quarterback and Southern Cal transfer Rocky Hinds, and the return of nearly everyone else on offense, the Rebs will almost certainly see some improvement in their offense which was 7th in the conference in yards and 8th in points. Coming into 2008, the Rebs are a solid bet to have their achievement catch up with their performance. That's not to say they will be competing for a conference title, but rather that they move up out of the basement to the lower-middle of the conference. For Wyoming, the 2007 season began quite well. They destroyed the Virginia Cavaliers, a team that would compete for the ACC championship, by holding them to 3 points and 100 yards. They won 4 of their first 5, with the only loss coming at Boise State, and looked to be contenders for the conference crown. The Cowboys then lost 6 of their last 7 conference games and the season went to the birds. 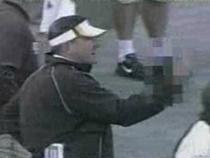 The culprit was the Cowboys complete and utter offensive ineptitude. They scored only 16.3 points per game and gained only 294 yards per game in conference play. The Cowboys could still hang their hat on their defense...sort of. After their 3 point loss to San Diego State on November 3rd, the Cowboys stood 5-4 with 3 games to play. The defense didn't bother showing up to those games.

With the offensive talent returning in 2008, the Cowboys have no excuse not to improve. Junior quarterback Karsten Sween is back for his 3rd season as a starter, both senior running backs, Devin Moore and Wynel Seldon are back, and the offensive line returns completely intact. The Cowboys do lose 3 of their top 4 receivers, but with the remaining offensive talent there is nowhere to go but up. On defense, the Cowboys do lose a pair of good defensive backs in Julius Stinson and Michael Medina, but should be strong in the trenches with all the linemen returning including stellar sack-master John Fletcher (10.5 sacks in 2007). Plus, head coach Joe Glenn has proven his coaching wares at 3 previous stops. The Mountain West is a tough conference, but Glenn should be able to right the ship.

Air Force
After floundering for the last few years of Fisher DeBerry's tenure, Troy Calhoun brought the buzz back to Air Force in a big way. The Falcons finished 2nd to BYU in the Mountain West and won 9 games overall, nearly getting to 10 before blowing a big lead to California in the Armed Forces Bowl. The Falcons were one of college football's best stories in 2007. Like most teams that experience extreme turnarounds, luck played a significant role in their rise. The Falcons were 3-1 in one-score conference games and were the top team in the conference in turnover margin (+9). This is not meant to denigrate their fantastic season, merely to serve as a cautionary data point when prospecting forward to 2008. Along with a little less good fortune from lady luck, the Falcons also lose some key contributors. Senior quarterback Shaun Carney made the team go. When he went down in the Armed Forces Bowl, so did the Falcons' chances to spring the upset. His eligibility has been exhausted as has that of wingback Chad Hall, the team's leading rusher and receiver. The Falcons are still capable of getting to a bowl game in 2008, but they will not finish better than .500 in the conference.
Posted by matt at 8:42 AM