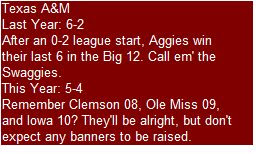 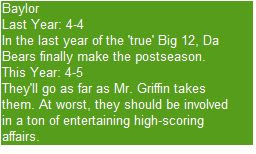 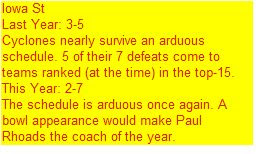 Baylor ranked dead last in the Big 12 in 2009, scoring just 11 offensive touchdowns in 8 conference games. In 2010, they improved their offensive output by an amazing 23 touchdowns (nearly 3 additional offensive touchdowns per game). One man made the difference between the basement and mediocrity.
Posted by matt at 10:25 AM