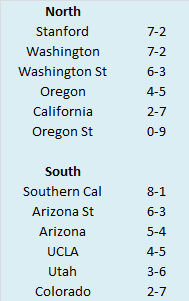 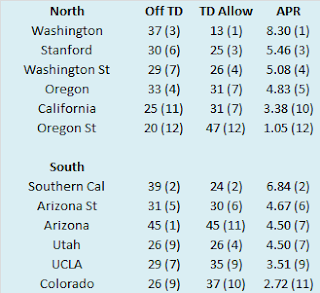 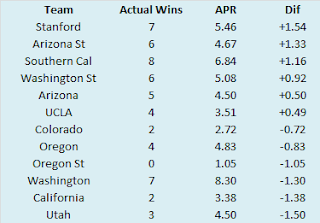 Stanford and Utah were the only Pac-12 teams that saw their actual record differ significantly from their APR. Stanford over-performed relative to their APR and we went over a few reasons for this last week. Meanwhile, Utah under-performed relative to their APR. The Utes finished 1-4 in one-score conference games, losing three times (to the best three teams in the conference no less) by three points or less.

In 2016, Oregon endured their first losing season since 2004 and just their second since 1993. Their response was swift and probably justified. They fired Mark Helfrich and hired former Western Kentucky and South Florida coach Willie Taggart to take his place. Despite quarterback injuries, the Ducks won seven games in Taggart's first season. Unfortunately, a bigger job came open and Taggart left for Florida State after just one season in Eugene. Since 2005, eight other coaches have stayed at an FBS program for one season before leaving for another FBS program. How have those jilted teams fared the following season? Glad you asked. 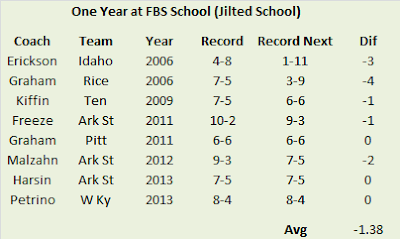 Lane Kiffin is probably the example that most easily springs to mind, but it has occurred more frequently than you might think. Overall, no team improved following the departure of their coach and in the aggregate, the eight teams declined by about 1.4 games in the regular season. This makes sense. Having three different coaches (and likely three different systems) in three seasons would seem to be a difficult transition in a sport with as many moving pieces as football. And of course, there is the recruiting angle. Having a coach take over late in the process in back-to-back years is not the ideal way to attract incoming talent. So, it seems a little regression, or at best, no progression might be in store for Oregon in 2018. Of course, the Oregon optimist could point out (accurately I might add) that the majority of these schools were Group of Five/non-BCS programs. Tennessee and Pitt were the only Power Five/BCS programs to lose their head coach after one season. And those teams collectively declined by one game the next season. A sample size of two is not a good tool for making bold proclamations, but the odds are against Oregon making significant strides in 2018. However, even if the Ducks decline slightly or merely maintain their current trajectory, let's not be too hasty in judging the hiring of Mario Cristobal.

And what about the other side of things? How do the teams perform that snap up the one-year coach? 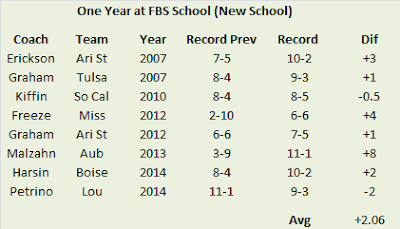 Those eight coaches improved their new teams on average by more than two games the next season. The only two teams that did not improve were Southern Cal with Kiffin and Louisville with Bobby Petrino. Those are understandable, as Southern Cal was hit by sanctions thanks to the rampant cheating that occurred under Pete Carroll and Louisville had just lost one of the best quarterbacks in school history (up to that point) and was moving from the AAC to the ACC. Barring the return of Jeff Bowden as offensive coordinator, it would be very shocking if Willie Taggart does not lead Florida State to more than six wins in 2018.
Posted by matt at 11:00 AM