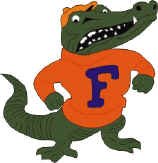 Well, that went about as expected. Not even the most ardent UF supporter could have seen that coming. If you introduced one of your foreign friends to this game and told them before hand that one team had the Heisman winner, one of the nation's top defense, a very good big game coach, and an undefeated record while the other team had a somewhat shaky quarterback, an offense that couldn't generate much offense against good teams, a very good defense themselves, and a good record built up by several close wins here's guessing they would have thought Florida was the undefeated team and Chris Leak was the Heisman winner. Ohio State would have been the team with the shaky offense, and Troy Smith would have been, well Reggie Ball? Smith's final stat line read 4-14 for 35 yards and one pick. In backyard football, those numbers will only net you two first downs.

Sporting events like this are good because they let you know a few things. First, you can never know everything there is to know about football. Every day you learn just a bit more. Secondly, statsitcis can only tell you so much. Every stat in the book predicted an OSU win, if not a blowout. Yet, the Gators were the team that thoroughly dominated--and yes they dominated, the Buckeyes. They held OSU to 82 total yards and one offensive touchdown. This wasn't a New England Patriots/St. Louis Rams upset where the underdog held on for dear life to win down the stretch. No the Gators dominated from just after the opening kickoff. You would have made a ton of money laying 27 points for the Gators about 16 seconds into the game after Ted Ginn Jr. ran the opening kick back.

Why didn't we see this coming? Florida barely survived Vanderbilt and South Carolina, yet here they were marching up and down the field on Ohio State while stifling their vaunted offense. Everyone knew the Gators came in with a superb defense, but to suggest beforehand they would humble the Buckeyes in this manner was unimagineable. Was it the month Urban Meyer had to prepare that made the Gators so unstoppable? Was it Tressel's refusal to adjust his defensive strategy? The Buckeye defensive backs were hardly ever in the picture when Florida snapped the ball allowing countless short completion after short sompletion. Was it motivation? Did Ohio State get full of its own hubris? Were the Gators bristling from all the disrespect that they were unbeatable? Probably a combination of all these things and a few others. The important thing is that although this site is called Statistically Speaking, sometimes statistics just get it wrong. I saw the Gators as a flawed offensive team that squeaked by several mediocre at best foes. And the Gators may still yet have to pay the piper for all their close wins. I saw the Buckeyes as a great team that obliterated everyone in their path. Statistics aren't perfect, just a tool for making rational decisions. Picking Ohio State to win this game was a very rational decision, but as they say: That's why you play the game.
Posted by matt at 4:02 PM