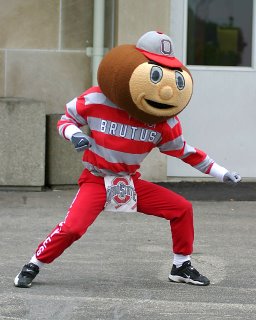 So after folks have had two months to talk themselves into a Gators upset, reality will set in about 9:25 EST tonight. Does Florida have a chance? Sure they do. I'd say probably 30-35%. But seriously, lets look at the facts. The Gators scored 17 against a South Carolina team that couldn't stop Houston. They scored 21 on Florida State. Wake Forest scored 30 against the Noles. Chris Leak will certainly throw at least two picks off his back foot, the game will be close at halftime, and the Buckeyes will roll in the second half.
Posted by matt at 2:48 PM