How Important is the Quarterback Position in College Football? 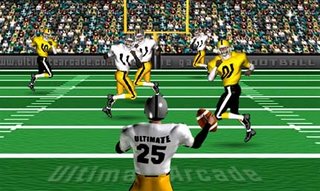 Way back in August, I made a bet, or a wager if you will, with a friend of mine. Now my friend happens to be a huge Clemson supporter. Our bet was simple: If Clemson won 10 games, I would be forced to pay up, and if Clemson did not win 10 games, he would be forced to pay up. My main rationale for going against the Tigers despite a favorable schedule, was that they would be breaking in a new starting quarterback. After manning the position for what seemed like a decade, Charlie Whitehurst had been drafted by the San Diego Chargers and a senior named Will Proctor would be taking over. Clemson began the season 7-1, but imploded down the stretch thanks in part to the lackluster play of their signal caller. Certainly the defense and special teams were also to blame, but Proctor played poorly in two of the losses (Virginia Tech and Maryland) and for over 3 quarters in the bowl game against Kentucky.

What I want to do is see what happens to teams that break in a new starting quarterback. To do this I divided all 119 Division IA teams into two groups. Those that returned 'experienced' quarterbacks and those that did not. I defined an experienced quarterback as one that threw at least 100 passes in the preceding season (2005). Additionally, those quarterbacks also had to have significant playing time in 2006, lest their experience just rot on the bench. So teams that are coded as 'experienced' had the same quarterback throw at least 100 passes in both 2005 and 2006. I know 100 is just an arbitrary cutoff point, but it had to be somewhere. 63 teams returned experienced quarterbacks this past season and 56 did not. Here's what happened.

Here's more fuel to the fire that returning your quarterback is very important. Random fluctuation is common in sports, so there is not a great deal of difference in a team going 7-5 one season and 6-6 the next, at least in the quality of play. However, for teams that return an experienced quarterback, there is a very good chance they will improve by at least two games. 23 of the 63 teams (36.5%) improved by at least two games in 2006. To be fair, nearly a fourth, 14 of the 63 teams (22.2%) regressed by more than 1 game (at least one and a half games). Since schedule length varies in college football with conference title games, bowl games, and the 'extra' Hawaii games, an example for a one and a half game difference would be going 8-4 one year and 7-6 the next (1 in the win column and 2 in the loss column).

That's all for now. Stay tuned unil this weekend or early next week, when we'll look at conference record (perhaps a better indicator of team strength with no Texas State cupcakes) for teams that do and do not return experienced quarterbacks as well as a comparision in what happens to BCS and mid-major schools when they lose quarterbacking experience.