In Case You Missed It: Week 7

...Congrats to the Buffalo Bulls. With their victory over Toledo, the Bulls have three conference wins. This sets the high-water mark for conference wins in a season and matches their most total wins since becoming Division IA in 1998. With two home games left, is it time to start dreaming about a possible MAC East championship? 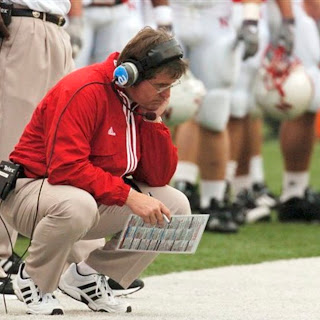 ...Oklahoma State rolled up over 550 yards of offense in crushing Nebraska by 31 points at home. The vaunted Husker defense is allowing over 31 points per game. Since limiting Nevada to 10 points, the Huskers have allowed almost 35 per game in the last six. 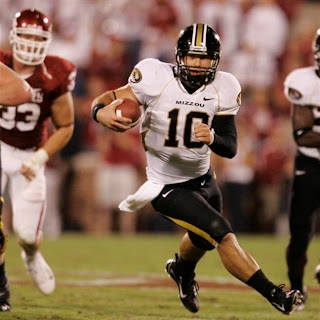 ...Though the final margin was 10 and could have been 17 if not for a late score, Missouri played well in Norman. They had more total yards than the Sooners (418-384) and if not for four turnovers, the game could have been different. Should they meet again in the Big 12 Championship Game, the results could very well go in the Tiger's favor. 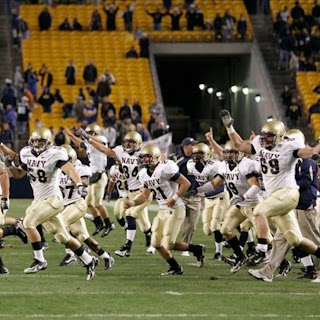 ...Dave Wannstedt took a lot of heat for going for a touchdown instead of the tying field goal against Navy on Wednesday. The decision was correct, the play-calling was not. With a 3rd and goal on Navy's 2-yard line, instead of running the ball with LeSean McCoy who was averaging over 5 yards per rush, Wannstadt called two pass plays, including a low-percentage fade route on 4th down. 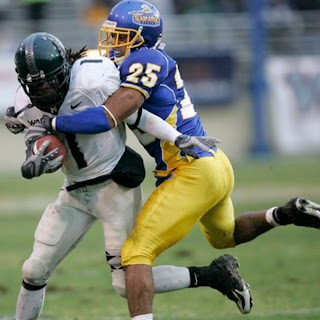 ...Hawaii's thrilling comeback over San Jose State has them in prime position to finish sans defeat in 2007. But their November 16th game at Nevada could dash those dreams.
Posted by matt at 5:09 PM