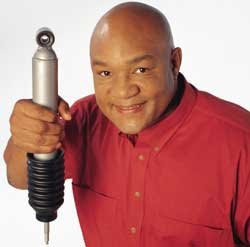 The Game: Meineke Car Care Bowl
The Date: December 27
The Location: Charlotte, North Carolina
The Teams: West Virginia and North Carolina
The Line: West Virginia -1.5
What's at Stake? North Carolina's first bowl win since 2001 and first season of at least 9 wins since 1997. For West Virginia, this would be their fourth straight bowl win and would take just a little of the heat off of first year head coach Billl Stewart.
Why You Should Watch: This will be the final college game for outstanding West Virginia quarterback Pat White. While White will probably latch on at some position with a professional team, this will be the last chance you get to watch him line up exclusively under center (or in the shotgun).
Spread Prediction: Both these teams are a little overvalued. In ACC play, North Carolina finished ninth in yards gained and eighth in yards allowed. In their 4 conference wins, they were +7 in turnovers. In their 4 conference losses, they were -12. Believe it or not, despite the presence of Pat White, West Virginia was sixth (among 8 teams) in yards gained in Big East play. Their defense did not fare much better, finishing fifth in yards allowed. Turnovers were the key to their victories as well. In their 5 conference wins, they were +12 and in their 2 conference losses, they were -1. This game should be very tight, but since Carolina should have a slight homefield advantage and because they are getting points, they are the pick.

The Game: Champs Sports Bowl
The Date: December 27
The Location: Orlando, Florida
The Teams: Florida State and Wisconsin
The Line: Florida State -6
What's at Stake? A victory over the Badgers would give Papa Bowden his twentieth bowl win at Florida State (21st overall), move him one win behind Joe Paterno for most wins all time (382), and would be the Seminoles first 9-win season since 2004. A win for the Badgers would give them 8 wins for a fifth straight season.
Why You Should Watch: Florida State sophomore quarterback Christian Ponder has a ton of talent. Can he harness it, or will he become the next Chris Rix? Stay tuned. Wisconsin running back PJ Hill topped 1000 yards rushing for the third straight season. Watch to see of he can top 100 yards for the fourth time in 5 games.
Spread Prediction: Despite their 3-5 Big 10 record, Wisconsin actually played like one of the better teams in the league. They finished third in yards gained and fourth in yards allowed in Big 10 play. The Seminoles were very similar in ACC play, finishing fourth in yards gained and fifth in yards allowed. On paper, this game seems pretty even, and with the Badgers getting nearly a touchdown, they are the pick.

The Game: Emerald Bowl
The Date: December 27
The Location: San Francisco, California
The Teams: Cal and Miami
The Line: Cal -8.5
What's at Stake? A fourth straight bowl win for Cal or Miami's first season of 8 wins since 2005.
Why You Should Watch: Cal's sophomore running back Jahvid Best averages an absurd 8 yards per carry (1394 yards on the season). Miami picked off opposing quarterbacks an NCAA-low 4 times this season. See if they can get their paws on any Cal passes (only 10 interceptions thrown all season).
Spread Prediction: Despite the presence of Best, Cal was a little below average offensively in the Pac-10 (sixth in yards gained). They made their mark on defense, as only Southern Cal and UCLA allowed fewer yards. Miami was their antipode, finishing third in the ACC in yards gained, but falling to tenth in yards allowed (ahead of only Duke and NC State). Cal should win, but Miami will keep this closer than a touchdown.

The Game: Independence Bowl
The Date: December 28
The Location: Shreveport, Louisiana
The Teams: Northern Illinois and Louisiana Tech
The Line: Northern Illinois -1
What's at Stake? A win would give the Huskies from Northern Illinois their eighth winning season in 9 years. It would also mark a 5 and a half game improvment over last year's 2-10 campaign. A win for Louisiana Tech would be their first triumph in the postseason since the 1977 Independence Bowl.
Why You Should Watch: Both these teams are coached by upwardly mobile gentlemen. Jerry Kill, in his first season at Northern Illinois has been a successful coach in his previous stops at Saginaw Valley State and Southern Illinois (93-46 record). Derek Dooley in his second year at Louisiana Tech, has guided the Bulldogs to their first bowl game since 2001. And if the last name looks familiar, yes he is Vince's son. If you're a fan of a struggling BCS conference school, one or both of these men could be guiding your university as early as 2010.
Spread Prediction: Both these teams were statistically the third best teams in their respective conferences. Northern Illinois was only tenth in yards gained in the MAC, but boasted the best defense in the league, limiting conference foes to just 318 yards per game. Louisiana Tech was more balanced, finishing third in the WAC in yards gained and fourth in yards allowed. Outside of Boise State, the WAC has been awful in non-conference games. The other 8 schools, in contests against IA foes, have gone a collective 8-21. Make that 8-22. 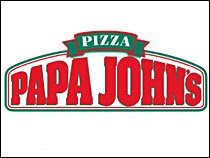 The Game: Papajohns Bowl
The Date: December 29
The Location: Birmingham, Alabama
The Teams: Rutgers and NC State
The Line: Rutgers -7
What's at Stake? A third straight bowl win for Rutgers, after a century and a half of zero postseason wins. For NC State, this would be their first bowl win since the 2005 Meineke Car Care Bowl.
Why You Should Watch: These are 2 of the hottest teams in the country. NC State has won 4 in a row after a 2-6 start. Rutgers has won 6 in a row after a 1-5 start.
Spread Prediction: NC State's defense has improved in their 4 game winning streak (allowing 336 yards per game). However, if we extrapolate that number over a full ACC season, they would still rank only eighth in the conference in defense (as opposed to the twelfth they currently rank). Meanwhile, Rutgers is in a virtual statistical tie with Cincinnati as the best team in the Big East. Rutgers is a better team, and will win, but NC State will cover the touchdown spread. 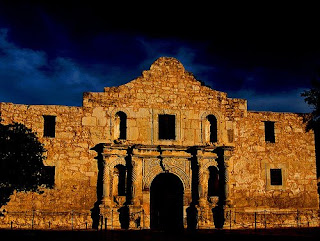 The Game: Alamo Bowl
The Date: December 29
The Location: San Antonio, Texas
The Teams: Missouri and Northwestern
The Line: Missouri -12.5
What's at Stake? This is Missouri's fourth straight bowl game (first time since 1978-1981 that the team has played in four straight), and a victory would give them 30 wins over the past 3 seasons. Northwestern, on the other hand, has not won a bowl game since the 1948 Rose Bowl (played January 1st 1949)
Why You Should Watch: This is your last chance to see Chase Daniel suit up for the Tigers and also the final opportunity to watch CJ Bacher throw passes for the Wildcats.
Spread Prediction: Northwestern did nothing in the Big 10 season to make me believe they can win this game. However, Missouri has not beaten a team with a pulse convincingly in 2 months (58-0 thrashing of Colorado). Northwestern will be able to move the ball enough on the Tigers to cover the large spread.
Posted by matt at 10:07 AM

Hello there,
I am Peter Robert Casey and I am a basketball columnist. I have initiated an idea to create a sports blogroll where bloggers from all sports disciplines could participate. All you need to do is to add my blog link to your blog and i'll do the same. That way, we could have a mutual partnership and we could refer visitors to each other's blog.
Please let me know if you would be interested.