The Magnificent Seven: Week I

Regular readers of this blog are probably expecting the first 'Fab Five' of the 2014 college football season where I give you five favorites and five underdogs I feel are most likely to cover. The Fab Five has been a weekly feature during the season since 2007. But alas, all good things must come to an end. Don't fret though. I will still deliver a weekly picks column. I'm just going to tweak the format a bit. Instead of picking ten games, I will just pick seven. And, instead of picking an equal number of underdogs and favorites, the picks can come on either side of the ledger. I hope you enjoy this new column and give a moment of silent reflection on the Fab Five era. As always, home teams in BOLD. 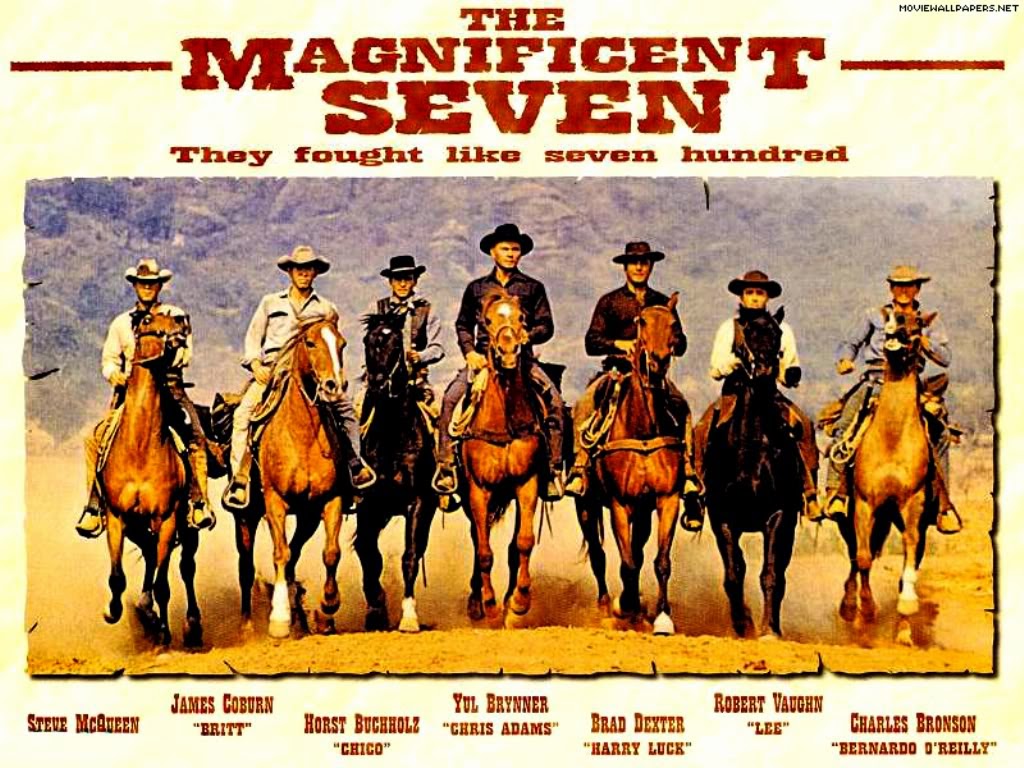 Penn State +2 Vs UCF (@ Dublin)
This of course, assumes the game is played and Krakatoa does not explode and postpone this game/end all life as we know. If the game is postponed, I'll have eight picks for you next week. If life as we know it ends, the odds of picks going up moves from certain to probable. These two teams met last season in State College, and after jumping out to a 28-10 lead, UCF held on for dear life in a 34-31 upset win. The win helped boost the national profile of the Knights who cemented the best season in school history with a Fiesta Bowl win over Baylor. So what do the Knights have for an encore? For starters, they must replace the second most famous quarterback in school history, Blake Bortles, who was drafted (too high) by the Jacksonville Jaguars. The Knights were a good team last season, but also had their share of good fortune, finishing 7-1 in one-score games. Some regression is due, particularly without a great talent like Bortles. On the other sideline, Penn State will have its fourth coach in as many seasons (including interim coaches) after having one since football started in 1869. James Franklin performed miracles at Vanderbilt, including three consecutive bowl appearances, wins against Florida and Georgia in the same season, and consecutive finishes in the AP Poll. His teams were also pretty phenomenal ATS, going 23-13 against IA foes. His charges were particularly adept as a small betting line underdog, going 6-1 ATS when getting less than a touchdown from their opponent. These teams are pretty evenly matched, but Penn State is a little better and they are catching points her, so they are the pick. Remember, this game kicks off at 8:30 AM EST on Saturday, so don't catch too many pints yourself on Friday (see what I did there, a joke about using alcohol irresponsibly).

Georgia Southern +20.5 NC State
The Georgia Southern Eagles will play their first game as a IA team in Raleigh against NC State. While Georgia Southern will be looking to get off to a good start in their new era of football, NC State will be looking to erase horrible memories of 2013 when they went winless in the ACC. Georgia Southern has acquitted themselves quite well against IA foes as a member of IAA. Since 2010, they have lost to Navy by six, Alabama by 24, Georgia by 31, and beaten Florida by six. The Eagles do have a new coach in Willie Fritz, and will probably not run as much triple-option, but Fritz is arguably an upgrade over Jeff Monken (a fine coach in his own right). Fritz was successful at Central Missouri (a Division II school), and recently led Sam Houston State to back-to-back runner-up finishes in the IAA playoffs. He also won two national junior college championships at Blinn College. NC State will certainly be better in their second season under Dave Doeren, but against a good coach, and a funky offense, expect this one to be closer than three touchdowns.

UAB -1 Troy
These two Yellowhammer mid-majors have developed quite the rivalry since joining IA football in the relatively recent past. The Blazers and Trojans have squared off nine times since 2002, with 2014 marking the sixth consecutive season these two have butted heads. The games have tended to be tight, competitive affairs, with the average scoring differential coming in a just north of eight points. The last four games have all been one-score affairs, and while Troy has won three of them, the Blazers have actually covered three times. Both these teams had major issues on defense last season, with Troy ranking dead last in the Sun Belt in yards per play allowed and UAB doing the same in Conference USA. The Blazers may have done more to rectify their current situation by hiring Bill Clark to be their new head coach. Clark came from Jacksonville State where he guided the Gamecocks to the IAA playoffs in his first season at the helm. Clark's predecessor, Garrick McGee, did little to improve the fortunes of UAB before abandoning ship and becoming Louisville's offensive coordinator after a posting a 5-19 record over two seasons. I like the Blazers here for several reasons. I think Bill Clark was a great hire, the Blazers are playing at home in Birmingham, and Troy must replace the Sun Belt's career passing leader (Corey Robinson) under center. The Blazers don't even have to worry about winning by a comfortable margin. Take them to beat the Trojans at home.

Virginia +21 UCLA
If you read my post on teams I thought were poised to go under their projected win totals, you already know that I am not extremely high on UCLA. The Bruins are getting a great deal of preseason love, including a top-10 AP ranking (first time in the preseason top-10 since 1998), but posted rather middling per play numbers last year. While UCLA was middling, Virginia posted downright awful numbers, going winless in the ACC and enduring their first season of two or fewer wins since 1982. The heat is on Mike London, and I don't know if he will do enough to earn a sixth season, but playing at home, against a team from the west coast, with a Noon kickoff, I think the Cavaliers will do enough to cover this large number.

Arkansas +20 Auburn
On the surface, this may seem like an easy Auburn win. After all, the Tigers nearly won the national championship last season, while Arkansas faded into obscurity, finishing 0-8 in the SEC. Let me give you a few reasons why this game might be more competitive than you imagined. For starters, while Auburn did win the SEC last year, and came very close to becoming the eighth consecutive SEC team to win the national title, they still finished just eleventh in the SEC in yards per play allowed. Until they stiffened against Florida State, their final three regular season opponents (Georgia, Alabama, and Missouri) all averaged at least seven yards per play against the Tigers. Arkansas has the potential to gash the Tigers, particularly on the ground, where they averaged 5.69 yards per rush against SEC foes last season. And let's not forget that Arkansas played much better over their final few games despite having no carrot to chase. They took Mississippi State to overtime before falling in their penultimate game, and nearly upset LSU to close the regular season. Plus, the Hogs were actually 3-2 ATS as a double-digit underdog last season. Auburn is light years behind elite SEC defenses like Alabama, so Arkansas will be able to score in this game. If the spread was closer to ten points or even two touchdowns, I might be inclined to take the Tigers. However, with the number at nearly three touchdowns, Arkansas is the play here.

Utah State +6.5 Tennessee
These are prosperous times in Logan, Utah. After winning just 32 games in the first decade of this century, the Aggies have won 20 in the past two seasons and are looking to continue a three-year bowl streak (best in program history). Since Gary Andersen (now at Wisconsin) took over in 2009, the Aggies have been beasts ATS against BCS (now Power 5) conference opponents. The Aggies are 6-1 ATS in such contests, including 5-1 ATS on the road. While the Aggies have only managed one outright win in that span (2012 at home against Utah), they have been very tough outs, losing by one score to Texas A&M (2009), Oklahoma (2010), Auburn (2011), Wisconsin (2012), Utah (2013), and Southern Cal (2013). They may not break through in Knoxville, but with stud quarterback Chuckie Keeton healthy, they should give the Vols a great game.
Posted by matt at 6:58 PM