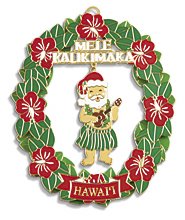 Twas the night before Christmas and far far away
The Warriors and Sun Devils a game they would play
After snoozing last season the Warriors awoke with a jolt
To win 10 games with a QB named Colt
His passing is awesome and his running is sound
53 through the air and 5 on the ground
The defensive coach while in Dixie left tickets for The King
And on the islands has concocted a marvelous thing
The defense, once putrid, is only slightly below par
That plus the offense has taken them far
The Sun Devils come in just seeing red
With visions of Erickson (and violations) dancing in their head
The lame duck man, Koetter, is an offensive guru
But too often his defense has played like poo poo
Koetter constantly failed to impress his bosses
Because he finished only one season with less than 5 losses
A loss here would be such a bummer
As they hope to recapture the glory days of Snyder and Plummer

Prediction:
The Warriors are good with just 3 losses all year
Certainly they’ll get win 11 here
When June Jones gets the Gatorade bath he will recite
Merry Christmas to all, Aloha, good night
Posted by matt at 8:22 AM