Don't Know What You Got, 'Til Its Gone 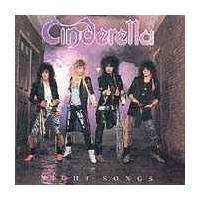 From the looks of things, it appears Tom O'Brien is leaving Boston College. It appears his gypsy roads will lead him to NC State. If this does indeed come to pass, Boston College will be losing a quality football coach. Of course, some fanatical BC fans will have you believe it is a good thing Tom O'Brien is vacating the head coaching position at Chestnut Hill. This website apparently believes winning 8 or 9 games at BC is not enough. They advocate a return to the Eagles' illustrious past--mentioning Frank Leahy, Doug Flutie, and Tom Coughlin as examples of the Eagles' great history (more on that later). Of course, they don't really explain what they want (I'm guessing a conference championsip of sorts) nor do they explain how to go about achieving such results.

The primary crux of FTOB's argument is that BC has plateaued under O'Brien and is just running in place.

'Tom O'Brien has been the head football coach at Boston College since 1997. When he arrived at BC, the athletic department was reeling from a massive gambling scandal involving a number of football players. O'Brien did an admirable job returning respectability and integrity to the football program, and for his first 3 years at BC took baby steps towards returning the Eagles to a position of national relevance. We thank him for the job he did in those early years.'
Is this true? Let's take a look. Here is O'Brien's won-lost record year by year at BC beginning with his first season.

Sure, I suppose FTOB is partly right that BC has plateaued, but I would argue that plateuing at 9-3 is much better than plateuing at say 5-6 or 6-5. And let's not forget that BC has moved on to a tougher conference. After playing in a conference that was dominated by one or two teams (Miami and Virginia Tech usually and Syracuse once) for most of O'Brien's tenure, the Eagles moved to a much stronger (top to bottom) conference in the ACC where the only assured victory is against Duke. Still, we'll give FTOB the benefit of the doubt. But FTOB also points out that O'Brien has failed to beat the top teams in his conference. In their own words.

'But something funny happened on the way to the Orange Bowl. Around 2001, the progress grinded to a halt. Each year was the same as the last, a soft schedule, some disappointing losses, and a total inability to beat the top teams in our conference.'

Here is BC's year by year record under Tom O'Brien against teams that finished the season with winning records.

Hold on a second. That looks suspiciously like improvement. In fact it almost looks like constant improvement. BC has improved its record against winning teams each of the last 5 seasons, culminating with a 5-1 record this past season.

Now let's take a look at FTOB's other point--BC's storied history. FTOB mentions Frank Leahy when discussing past glories. For starters, Mr. Leahy did coach the Eagles...for two seasons. He did compile an amazing 20-2 record in his two season stint including a Sugar Bowl win in his final game, but that happened between 1939 and 1940. Army and Navy were also super powers in that era. To suggest that unblemished 1940 season has any direct impact on BC football today is sheer lunacy.

Next up on the BC honor roll is Doug Flutie. Flutie had a fantastic 1984 season. He won the Heisman Trophy and BC finished with a 10-2 record including a Cotton Bowl win over Houston. But look at the scedule. For all the flak FTOB gives O'Brien for a soft schedule, they completely ignore dearth of great wins for that BC team. Two wins came against non D-IA teams. Find their best win. It took a Hail Mary to beat a decent but hardly great Miami team that finished 8-5. Their best win is probably against Army (8-3-1). Plus they lost to West Virgina (8-4) and Penn State (6-5). BC was a good team in 1984, but to suggest that they were substantially better than any of the two most recent incarnations of the Eagles is to ignore the facts.

Finally FTOB mentions Tom Coughlin, erstwhile coach of the New York Giants. Here is Coughlin's won/loss record in his 3 seasons at BC.

And as for the fact that BC continues to play in low-level bowls against also-rans, well that's not really O'Brien's fault. Bowl selection is more about making money than rewarding teams who had good seasons. BC simply doesn't have the following of their conference brethren (like Clemson) which is why they will continue to get shafted in the bowl selection process.

Anyway, the point of this post is that I stalwartly disagree with just about every word on the FTOB website. The only thing more ridiculous that FTOB would be some disgruntled George Mason fan starting firejimlarranaga.com should the Patriots fail to make this year's NCAA tournament. Unless BC plans on hiring Bear Bryant as coach, anyone who believes BC is in better shape without Tom O'Brien is a moron. Glam rock band Cinderella said it best: You don't know what you got, 'til its gone.

Hey stop messing with irrational happiness. BC's NY/NJ crowd will be trashing the new coach and their choice of assistants no time. There is truth to the rumor that BC does not have course in probablity and no BC team should ever lose a game it favored. That said, if the choice is Wipple it is likely to produce more interesting offensive football.

BC Eagles not GOLDEN Eagles

Unknown said...
This comment has been removed by a blog administrator.
8:36 PM

"Whipple." Since spelling accuracy seems to be important to other readers.

Also, I'm always a big fan of "anonymous" posters who sling insults. Way to be a man and stand behind what you say.

From an N.C State fan who grew up in Boston cheering for the Eagles: Very nice post, and one that gives me even more reasons to look forward to next season!

The article does a great job of summarizing the "pro-TOB" argument, but completely ignores the merits of the "Fire TOB" side (at least those of us who are rational and do not care enough to actually start up an anti-TOB website).

Perhaps an examination of TOBs key losses in recent years should have been concluded? Or the bland brand of football that he plays, which does nothing to excite or attract a fan base? TOB has hit a glass ceiling - I thank him for what he's done at BC, but this is a big positive that he's moving on.

TOB deserves eternal credit, however, for running a squeeky clean program and graduating his players better than any other DI program in the country. He also did a great job of recruiting up until the last 2 seasons. The kind of talent on the team is a reason, however, for why most BC fans want him gone - he had greater talent at his disposal, and still couldn't get out of BC's low-top-25 rut.

There's is so many inaccuracies in your defense of TOB it's laughable. First of all, the move to the ACC is not to a rougher conference. The move was a lateral one, it's the same caliber conference, just a little bigger (12 teams v. 8). The old ACC had a top (VTech, Miami), a middle (BC, Cuse, WV & Pitt) and a bottom (Rutgers, Temple). Since you are obviously a stat guy, I'll show you why people (including me) were ready for TOB to go: he was failing against his peers. In the last three years in the BE, BC was 2-7 against Cuse, WV and Pitt. Once the ACC opponents got used to his style, you could expect to the same trends.

I would argue TOB didn't hit a glass ceiling, but Boston College did. As my late grandfather used to say, 'Can't every team win the national championship'. Some programs simply do not have the ability to win the national title. I would argue that BC is one of those teams, along with about 100 or so other Division IA teams. Every year the usual suspects (about 15-20 teams) can realistically expect to win the national chapionship. The other 100 or so teams simply harbor no real shot of winning it all. This includes big public universities like Illinois and Indiana and is only that much more difficult for schools with rigorous academic restrictions like BC. Are there better coaches than TOB? You bet. Is BC likely to attract them. I would say no. And as for the Golden Eagles, I humbly apologize. I suppose Marquette slipped into my mind for some reason.