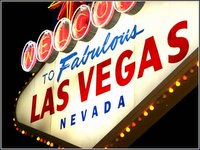 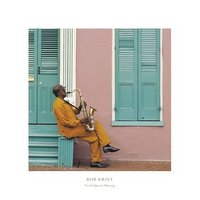 Las Vegas and New Orleans. Sin City and the Big Easy. The Strip and Bourbon Street. Both cities have their fair share of extra curricular activities, but if the residents and visitors can pry themselves from their respective vices, they should find two very exciting and compelling bowl games.

The BYU offense is led by their senior quarterback John Beck who is completing an outstanding 70% of his passes while averaging almost 9 and a half yards per pass. He has also tossed 30 touchdowns against just 6 interceptions. But don’t confuse this Cougars team with a garden variety run ‘n shoot squad. While the running game is not upper-echelon, it is productive. The committee approach is led by senior Curtis Brown with his 900 yards and nearly 4.8 average per rush. The Cougars are also pretty solid on defense. They rank 16th in the nation in points allowed per game (15.3). They are equally good against the run (allowing only 3.6 yards per rush) and the pass (16 interceptions and only 11 touchdowns allowed). And special teams? They’re pretty solid there too. They are 11th in the nation averaging over 13 and a half yards per punt return. They also limit opponents to only a shade over 6 yards per punt return (23rd in country) and under 19 yards per kickoff return (29th nationally).

As mentioned earlier, the Ducks are no slouch on offense either. However, their offense is carried more by the running game than the passing game. Super soph Jonathan Stewart, when he was able to play, tore through opposing defenses while averaging a very good 5.5. yards per rush. Sophomore Jeremiah Johnson performed well while spelling Stewart, averaging over 6 yards per rush himself. The passing game was a different story. While far from anemic, the Ducks certainly missed departed signal caller Kellen Clemens. Brady Leaf was the better of the two-headed junior quarterbacks, but he played only half as much as Dennis Dixon. Leaf is expected to start the bowl game, and if he does, the offense should be in better shape. Unfortunately, the Ducks still lag behind the Cougars in two other areas: defense and special teams. The Ducks rank 84th nationally in points allowed. Part of that rating is a function of their less than stellar defense, and the other part is a function of their horrible special teams. Oregon is 109th nationally, allowing over 12 and a half yards per punt return. On kickoffs, they are little better (86th) allowing 21.6 yards per return. The defense has not been terrible against the rush (4.3 yards per rush allowed) or the pass (opponents have completed 54% of their passes while throwing 15 touchdowns and 13 interceptions), but that slightly below average play in conjunction with the atrocious specials teams (and the short field that goes with it) cause the Ducks to allow a lot of points.

Prediction: Believe it or not, the Cougars are a very good team, losing only on the road to Arizona (by 3 despite outgaining the Wildcats) and Boston College (in OT). Oregon is not a good team. If the Oklahoma game was officiated properly, the Ducks would be 6-6 and possibly staying at home for the holidays. The Cougars win going away.

The New Orleans bowl matches up two teams not used to participating in the bowl season. Rice is making its first bowl appearance since 1961 and Troy is making only its second bowl appearance in the programs history.

The Owls are 7-5 in coach Todd Graham’s first season, representing the program’s high-water mark for wins since 2001. The Owls do one thing well—throw the football. Quarterback Chase Clement and wide receiver Jarrett Dillard form a dynamic aerial assault for the Owls. A year after completing less than half his passes in a much different offense as a freshman, Clement completed nearly 58% of his passes and tossed 21 touchdowns against just 5 interceptions. Most of those completions and touchdowns went to Dillard who grabbed 82 balls and scored an amazing 20 touchdowns (including one in every game this year and the final two of last season for an amazing streak of 14 games with a touchdown catch). Did I say Rice did only one thing well? I should have said they do two things well—get lucky. The Owls were an amazing 5-1 in close games this season. Their last 4 victories, in a closing 6 game streak, came by a combined 14 points. Defensively, the Owls allow 5.3 yards per rush and opponents threw almost three times as many touchdowns (28) as interceptions (10).

The Troy Trojans are not as prolific on offense as Rice, preferring to control the clock and play field position with their running game. They actually ran the ball more often than passing it (403 rushes and 379 passes on the season). Unfortunately, their running game is far from dominant, and actually a little below average. They average only 3.8 yards per rush. Their passing game is on equal footing. Quarterback Omar Haugabook threw 17 touchdowns and 16 interceptions while averaging less than 6 yards per pass. The Trojans win with their defense which held opponents to 3.8 yards per rush. If we remove the Georgia Tech and Nebraska debacles when the Trojans were simply outmanned, that average drops to 2.9. Against the pass, the Trojans were not quite as good (allowed 15 touchdown passes while intercepting 11 balls). The Trojans were also pretty lucky, going 4-2 in close games.

Prediction: This game is a toss-up and should be quite entertaining. The Owls defense is awful, just awful. But the Trojans offense is not that great. It’s the movable object against the resistible force. The Trojans will shut down the Rice running game and force the Owls into long yardage situations. They’ll still convert their fair share, but in the 4th quarter, Rice’s string of good luck will run out and the Trojans will prevail.
Posted by matt at 5:22 PM