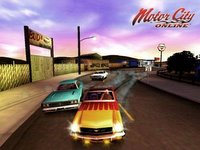 The Chippewas return to the scene of their victory in the MAC Championship to take on a Middle Tennessee State team participating in its first ever bowl game. The Chips are led by their stud freshman quarterback Dan LeFevour. He completed nearly 64% of his passes and tossed 25 touchdowns and just 10 interceptions while directing an offense that broke 30 points 7 times in their last 9 games. LeFevour is also a pretty good runner, accumulating over 400 yards and 6 scores on the ground. The Central Michigan ground attack is paced by sophomore sunning back Ontario Sneed. He contributed over 700 yards on the ground and averaged a robust 5.8 yards per rush.

Defensively, the Chips are pretty good against the run (allowing 3.6 yards per rush), but can be beaten through the air. Opponents completed nearly 62% of their passes while throwing 23 touchdowns and 14 interceptions against Central Michigan. Most revealing is the fact that Central Michigan allowed moribund Temple to have a field day through the air. The 1-11 Owls, who threw just 13 touchdown passes all season, managed 4 against the Chips defense in a fairly close 42-26 loss.

Fortunately, for Central Michigan, the Blue Raiders are not a very good passing team. They have only 9 touchdown passes on the year (against just 9 interceptions). The Blue Raiders prefer to run the ball, amassing 22 scores on the ground, but averaging a poor 3.7 yards per rush. Middle Tennessee’s running attack is very schizophrenic. They managed only 77 yards on 39 carries in a 21-20 loss to Troy and just 92 yards on 35 rushes in a 7-6 win over Florida International, but bludgeoned four Sun Belt teams (Florida Atlantic, Arkansas State, Louisiana-Monroe, and North Texas) for over 200 yards on the ground.

Defensively, Middle Tennessee State is pretty strong against the run allowing only 3.5 yards per rush. For a Sun Belt team, they are also decent against the pass, holding opponents to a 57% completion rate while allowing only 17 touchdown passes and intercepting 14 of their own. Middle Tennessee is also very strong in the kickoff return game. They are 14th in the nation averaging 23.81 yards for return, and taking 2 kicks all the way back for scores. Middle Tennessee does not have the passing attack to keep up with the powerful Central Michigan offense. To win they must have one of the better performances from their schizo running game and also get good returns on kickoffs when the Chips score.

Prediction: The only reason to expect Central Michigan not to walk over the Blue Raiders is motivation. Their coach, Brian Kelly, has already accepted the head job at Cincinnati. Will the Chips come out flat and allow the Blue Raiders to hang around? No way. Central Michigan hung with Boston College and Kentucky, Middle Tennessee was blown away by Oklahoma, Louisville, and South Carolina. The Chips improve to 10-4 and even the MAC’s record at 1-1 in bowl games this season.

Could two teams with such similar records possibly be in more different states of mind? The Bruins come in riding high having won three in a row including a huge upset over rival Southern Cal that kept them out of the national championship game. Florida State comes limping in with its worst team in a generation. The ‘Noles are 6-6 and have lost 4 of their past 6 including a home beat down at the hands of Wake Forest. The running game, or lack thereof gets most of the press for Florida State’s bad season, and rightfully so with a 3.45 average per rush, but the passing attack is pretty culpable too. Drew Weatherford and Xavier Lee have combined to complete about 55% of their passes while throwing just 18 touchdowns and 15 interceptions. If we remove the games against Troy, Rice, and Duke those numbers drop to 52%, 9 touchdowns, and 11 interceptions.

On the defensive side of the ball, the ‘Noles are quite strong against the run. Opponents averaged only 2.61 yards per attempt. Only two teams, Clemson and North Carolina State, were able to average more than 4 yards per carry against the FSU defense. The ‘Noles are decent against the pass, but are far from the dynamo they have been in recent years. The defense only grabbed 10 interceptions while giving up 15 touchdown passes on the year.

Last season, UCLA was an unbalanced and fraudulent 10-2 team that was carried by their prolific offense and some great luck in close games. This season, the Bruins are a better than their record 7-5 team with a pretty good defense and a below average offense. After averaging 4.4 yards per rush in 2005, UCLA has dropped to 3.7 per carry this season. That means more 2nd and 3rd and longs. After having completed 63% of their passes with 34 touchdowns and only 6 interceptions in 2005, the Bruins have managed only 14 touchdown passes against 12 interceptions while completing 57% of their passes. Patrick Cowan has not come close to duplicating the success Drew Olson enjoyed last season, but he has improved as the season has progressed. In the past 3 games (all wins), he has not thrown an interception.

Last season, UCLA’s run defense (if you can call it that) ‘held’ opponents to 5.37 yards per rush. This season, they have nearly cut that number in half. They are allowing a scant 2.77 yards per carry. Last season the Bruins allowed opponents to complete 59% of their passes and throw 19 touchdowns while only intercepting 8 themselves. This season, opponents are completing 57% of their passes with 17 touchdowns, but they have also thrown 12 interceptions. In the last 3 games, UCLA’s defense has been especially strong. The Bruins have allowed 255 yards rushing on 100 opponent attempts (2.55 per rush), only 52% completion rate, and no touchdown passes while intercepting 2. These good games have come against three pretty good offensive teams (Oregon State, Arizona State, and Southern Cal).

Prediction: This game should be a defensive showcase. Neither team will be able to run the ball, but UCLA will make fewer mistakes and cause Bobby Bowden to have his first losing season since 1976.
Posted by matt at 2:15 PM

Hey. This is Pete, one of the founders of Yardbarker (www.yardbarker.com). I couldn't find your email address, but I'd like to speak to you about the linking program that we're doing with a bunch of sports bloggers. It's basically a way for you to get a lot more sports fans reading your best posts. Would you mind contacting me at pete@yardbarker.com so I can email you with more info? Thanks.